You Can’t Always Get What You Want

You Can’t Always Get What You Want 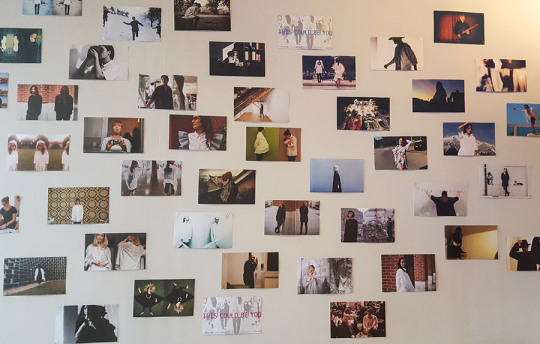 “Hey, you’re into sustainable fashion.” said my friend, “There’s something for you at Deptford Cinema next Wednesday”. So I googled it and found ‘shirting…’. I know, that’s what I thought – what is shirting…? (and that, by the way, is the correct way to write it – with a lowercase s in italics and three dots). 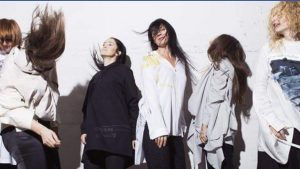 shirting… is the brainchild of Elena, Lucija, Neja and Dejan from Slovenia.

shirting… is about sharing. It’s about knowing where your clothes come from and passing them on. It’s about not always being allowed to have what you want (you can’t keep the shirt – you have to pass it on). It’s a great showcase for designers (if you reeeeally love it, perhaps the designer will make you one of your own). It is also, of course, about shirts.

Back home in Slovenia, they had around 53 shirts to choose from but while the team were on tour in London (thanks to the Republic of Slovenia Ministry of Culture) they only brought 15 shirts – but that’s plenty as they were only here for a short time and you can only have one shirt at a time.

After signing up, I received an email to tell me where and when to meet to collect my shirt. That’s a nice touch – they like to know who’s shirting… in their shirts – and you get to ask questions about who designed it and where else it has been. 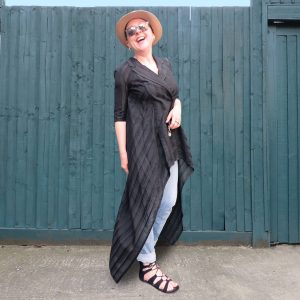 My shirt was made by Natasa Hrupic…

I got to enjoy it for 5 days and agreed to look after it and take some photos to add to the shirting… gallery (top pic).

And this is who got the shirt next… 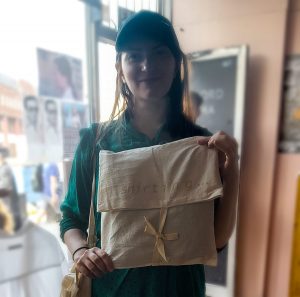 Collecting and passing on your shirt in person means you get to meet other shirters and see what they’ve got.

It’s such a great idea and I really enjoyed the experience. It’s a shame they were only in London for such a short time. I saw at least two other shirts I’d love to wear but, as Elena said, “We are used to being able to have anything we want. Well sometimes we can’t”.

Previous Next
Close
Test Caption
Test Description goes like this